The castle of La Roche-Guyon has passed through the centuries. From the medieval donjon to the subfields of the Second World War, it unfolds before your eyes thousand years of history. It is also a main cultural venue with lectures on history or art, concerts, exhibitions, writing workshops and activities for children including the opportunity to celebrate a birthday. You can also visit a French garden dedicated to forgotten vegetables, plants and herbs. 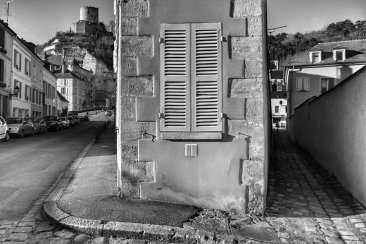 The visit begins at the top, with the medieval dungeon and the troglodyte castle dug in the limestone. You will see the impressive dovecote dug out of the rock and the small chapel of the castle. From the donjon, you have a stunning view of the meanders of the Seine river. 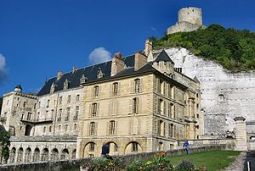 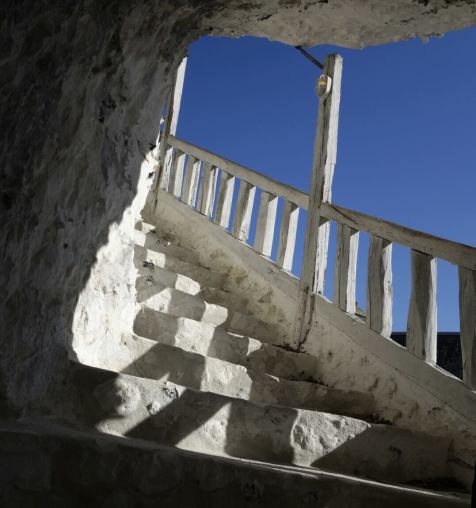 Then, you walk down the stairs to reach the Renaissance castle where François the Ist and Henry the IInd stayed. The castle was deeply transformed by the Duke of La Rochefoucauld. Assigned to residence by King Louis the XVth, the duke has changed his castle into an elegant home that will become a pole during the Siecle des Lumieres (Age of Enlightenment). 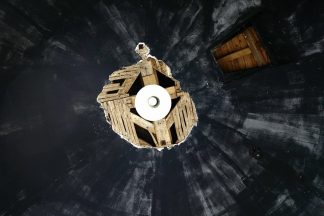 On March 17, 1943, the Germans invaded the village and installed a DCA (Civil Air Defense) in the castle. The soldiers settled in the boves, the foundations of the castle. Rommel was staying there and plotted a plan to get out of this war of which he was seeing the inevitable outcome. He decided to join forces with the German resistance to ask for peace with the Allies who took them by surprise by landing on the beaches of Normandy a few days later … You have to plan some time for the whole visit, which is very easy to do all by yourself. Guided tours are organized on Sundays. http://www.chateaudelarocheguyon.fr/

To sleep in the countryside of Vexin, we found a charming bed and breakfast: Le Relais de Chaussy (http://www.aurelaisdechaussy.com/). We had the lovely room La Roche-Guyon overlooking the fields.

The breakfast is plentiful, with organic and fresh products. Gaëlle also welcomes cyclists and there are some very nice walks to take in the area. 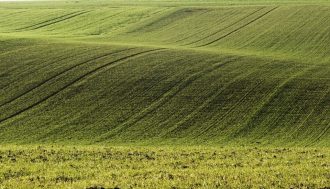 The restaurant that we tried at Magny en Vexin, The tables, closed a few years ago and became La Pétille. I can not advise the latter as I have not tried it. We had a great meal at Le Tables and according to the Trip Advisor’s reviews, it seems that this new place is also very good. I put you at random the link: http://lapetille.fr/

Another very nice place for lunches and brunches is the small restaurant / tea room located right in front of the castle : Cuisine en Seine http://www.cuisine-en-seine.fr/. Here, you can also take cooking and pastry classes. Everything is fresh and local, we absolutely loved it ! 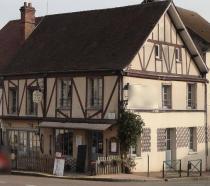 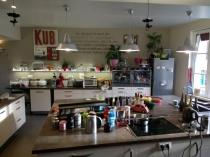